Good news, everyone! This is the last big patch of the early access phase before the Steam release. There was a lot of work under the hood like Steam achievements and cloud saves, which are in this patch but not yet visible to you until I send out the Steam keys to all itch.io owners – which I’m going to do some time next week, so you can test the Steam version before it’s publicly available.

But there also is a lot you actually can see already, like the new alternative primary colors which you now unlock by beating the game at Overload 5, 10, 15 and 20:

Lately the executioner combo was too strong, which is why I’m following up the Executioner nerf of the last patch with a new mob, the DEFIANT, which is immune to all status effects:

I’ve also tuned all boss waves to include additional side mobs which makes boss waves a little harder and more stylish:

Aaand I’ve become so annoyed at trying to find the right keyboard shortcuts for my abilities that I’ve separated the shortcuts for buildings and abilities; and while I was at it I also made those shortcuts configurable: 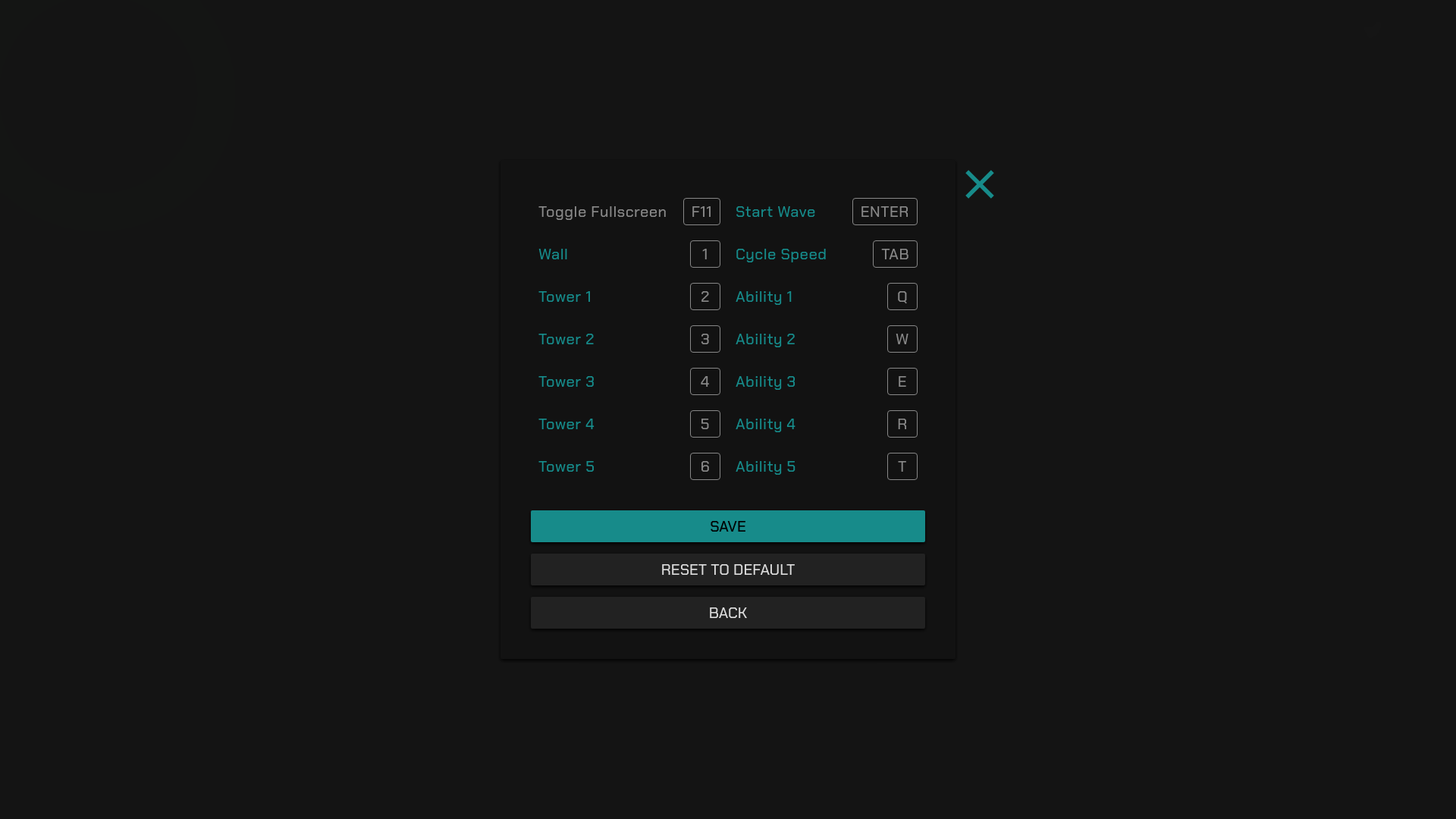 That’s not all of course, so here are the full patch notes for this last beta patch:

A roguelike tower defense game with a dash of deckbuilding.