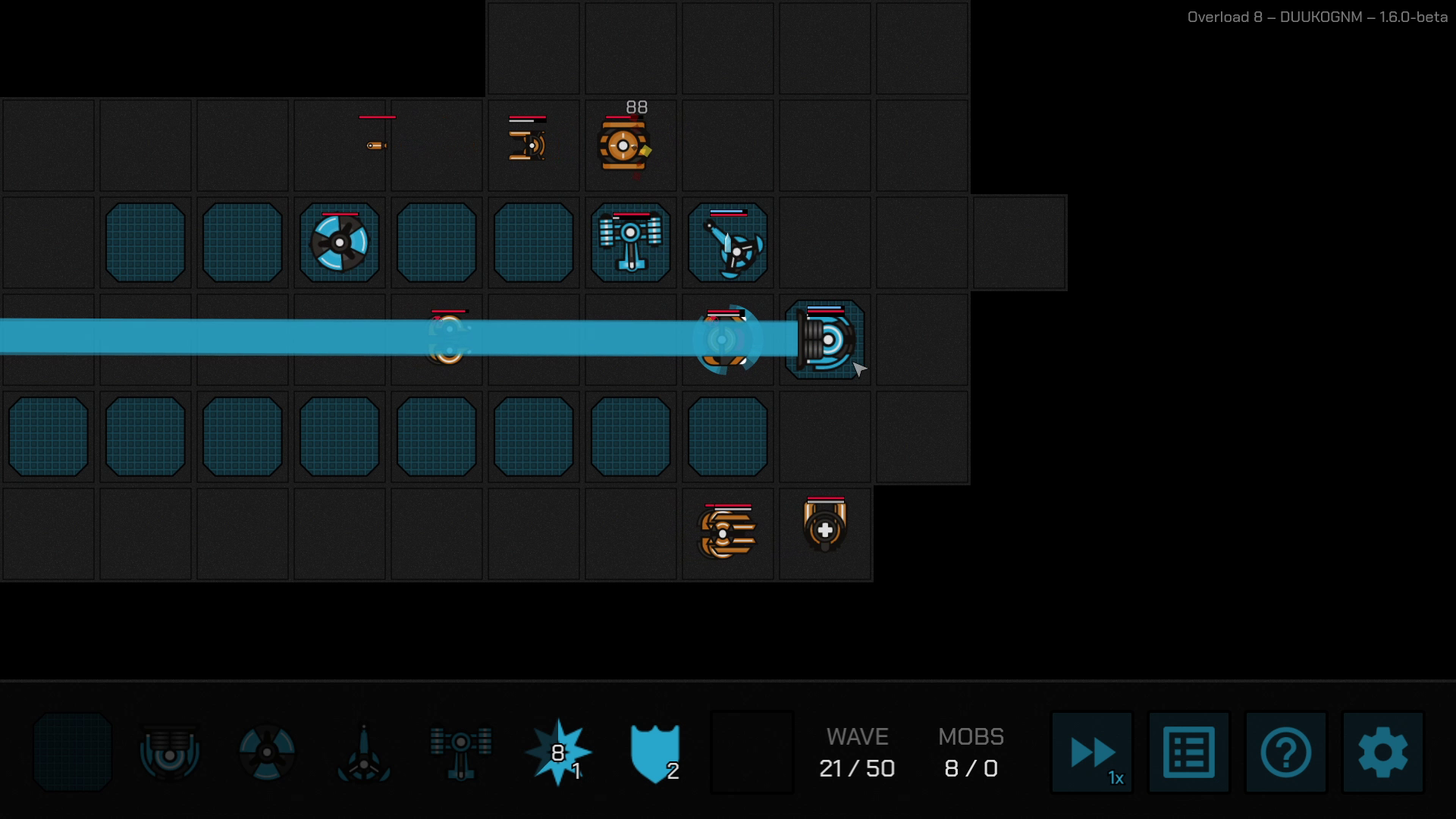 Good news everyone, after four weeks of squeezing in an hour here and there the new patch for Core Defense is finally done! Four weeks are not exactly the patch schedule I’m aiming for, but Corona takes its toll on all of us, so I hope you can excuse the long wait for this new version. Especially because there’s a whole bunch of cool stuff in it.

Most of the changes in this patch are more or less based on community feedback and I’m very thankful to have so many inspired and enthusiastic people on the Discord server who hunt bugs and come up with the coolest ideas for this game! The community was wishing for a manual control tower for example: behold the ION CANNON, which reloads very slowly but fires a massive AOE beam when you do finally activate it:

The new tower is a strong one, which is why I’ve added a new mob as well that counters it: the SPLITTER splits into two parts upon death:

I’ve also tweaked the visuals a bit so the rest of the game can keep up with the hefty new tower:

And this is just the tip of the iceberg – I’ve added new features, did some balancing and fixed several bugs, so without further ado, here are the full patch notes for the new version:

A roguelike tower defense game with a dash of deckbuilding.